MB’s Army experience soon took him to England where the Americans were staging men and equipment for Operation Torch, the Allied landings in North Africa in November 1942. An excellent study on the subject can be found in the book, An Army At Dawn by the historian Rick Atkinson. 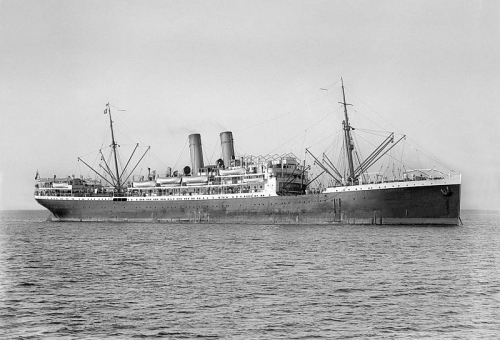 MB’s diary entry begins with the cryptic “Orcades” followed by “England” and the date. I did some research and found there was a ship, the SS Orcades, a passenger liner that was pressed into service during the war as a troopship. I am assuming he traveled to England on the SS Orcades and arrived on 18 August. It was torpedoed and sunk two months later.

What follows that is a long list of things that must have impressed him. “Trains – Underground – Buses – Taxis – Westminster Abby – Buckingham Palace – Piccadilly – Tower and Bridge – Parliament …” The list goes on and on for two pages to mention just about everything you can ever think of related to England. He does mention war-related topics like his first bombing, fire watch, officers club, rationing, and bomb shelters as well as “Lt and Mrs. Cox” (whoever they were), and lastly “English girls.”

See what I mean? I wish I had asked him to elaborate before he died.

His next entry begins as above, but above that is scribbled “Dutchess (SIC) of Bedford.” Some Googling discovered that was a ship, the SS Duchess of Bedford. Further research indicated she carried a regiment of the 1stDivision, US, to North Africa for the Operation Torch D-Day landings. Those landings were on 8 November 1942.

The date of the diary entry seems to be a bit of a disconnect. I found another reference to the Duchess making a second trip in November, but she carried some British troops and left Liverpool on 26 November arriving in Oran on 8 December. I do recall MB saying he landed at Oran, which was one of three main landing areas. I am guessing that MB boarded the Duchess with the Brits a couple of days before she set sail, and he saw that as the beginning of his African adventure. During the war, MB developed a real fondness for the British and often spoke highly of them. He didn’t like their plum pudding, however.

They set up a bivouac area at Hassi Ameur about 8 miles east of Oran. From here on to the end of the North African campaign he seems to be running a VD clinic much of the time. It gets mentioned often.

What then follows in his diary is another long list of names and observations that must have had some meaning to him. I will list only some that seem significant to his situation. “Mountains against blue sea – Sunrises & Sunsets – Stars – First Air Raid – Veiled Women, Jackasses, Woman pulling cart after ass died…” 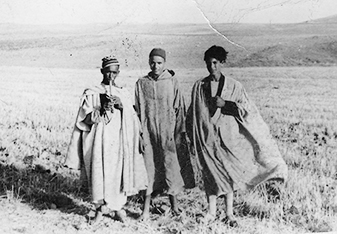 That last point was a story he told several times. It seems the Arabs were evacuating a forward area and passing by the front gate of their camp. The jackass pulling an over-loaded cart died right at the front gate. The Arab simply unhitched the deceased ass, hooked up his wife to the cart, and continued on their merry way, leaving the corpse of his jackass to rot in the North African sun.

He goes on to mention other sights like olive trees, mountains, pup tents (small two man tents), and rifles—rifles? The Medical Corps was not normally issued small arms and were considered non-combatants with the red cross emblem emblazoned on tents, vehicles, and helmets, giving them some level of protection from being bombed or shot at. War can sometimes be “civilized,” you know?

In their “infinite wisdom,” the Army decided to arm the medics and issued them M1 rifles, and their Jeeps were equipped with scabbards to carry them in. The Germans captured one of the “armed” Jeeps and sent it back with a note that said, to the effect, that unless this practice was immediately stopped they would no longer honor the red cross. The rifles were promptly confiscated, ending that misadventure.

Hard to see, but the caption says, “Hospital Africa.”

The comedian, Martha Raye, must have visited them on a USO tour because she got mentioned in the diary, but only her name shows up, nothing about how much he enjoyed—or not—her show. Hollywood types were very active during the war, doing USO tours. This gets mentioned often in the diary.

MB goes on to refer to the heat and a sandstorm called the “Sirocco,” which he explains in greater detail in a later entry as “60-mile wind, scorching hot off Sahara, sears everything … carries dust that clouds the sky & obscures the horizon.”

I then found an entry that said only “resupplied.” I believe that is a reference to a story he told several times of how the ship carrying most of their equipment was sunk off Gibraltar by a German sub, and they were left to depend on the British to supply and feed them until they could get new equipment.

The Germans were pushed back east toward Tunis during the rest of the winter of 1943 with Tunis taken on 13 May. The invasion of Sicily was already in the planning at that point.

This photo was dated 7 July 1943 (three days before the Sicily landings) and was probably taken in Tinja, Tunisia. The drinks were orange-aid, according to the comments on the back, which also said, “War is Hell!” That is MB in the middle.