You knew this was coming.

There is a season in the heart of every male when his thoughts turn to sex—I mean girls! Ah, adolescence, that golden time when boys discover there is a difference between boys and girls beyond that one likes pink and the other likes olive drab, one likes cute ponies  and the other likes hard-charging horses, one likes dolls and the other likes BB guns. Suddenly, it becomes obvious that girls are shaped differently—no, actually they are morphing into a different shape than we have been accustomed to seeing, and right before our very eyes!

Oh, the wonder of it all!

I am not sure how much of this I should divulge, as it might mean compromising some long kept secrets we boys are obliged to protect, kind of like protecting secret fraternity handshakes from the uninitiated. Basically, when boys reach adolescence they start thinking with an organ other than their brains, if you get my drift? The subjects we discussed in “Our Ditch” gradually changed from two-stroke engines verses four stroke and Chevy verses Ford to observations about this newly discovered female shape and what all that means in the greater scheme of boyhood. (And don’t think for a moment that girls aren’t aware of their newfound influence on boys. What they underestimate is how strong that influence is, and thank goodness they don’t get it!)

Dating, whatever that meant to us in the beginning, was a new word added to our vocabulary right alongside “cowboys,” “guns,” “motorcycles,” “cars,” and “M-80s” (and I am not referring to today’s emasculated version of the M-80 but the real M-80 of yore that was every young male’s favorite explosive device perfectly capable of propelling the heavy, steel, inside liner of a kitchen garbage can thirty or more feet into the air. And we know this because we have done it.)

Girls, first they captured our eyes, and then the sneaky devils captured our hearts. What was, at first, a passing interest became more of a hunt, only we thought we were the predators and not the prey, which is what we really were. 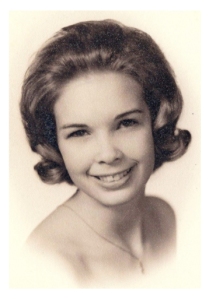 I went through several brief flirtations with different girls, but then I saw one cute little girl walking home from school down Minor Street in her pleated Catholic school skirt, white blouse, and saddle oxfords. She had her books clutched to her breasts by her crossed arms, and her blond ponytail was swinging back and forth behind her head. And she lived less than a block away! All my life I had seen her around, even spoken to her a few times, but suddenly, everything had changed. I had previously passed her over, barely paying her any notice, but now was smitten!

My first real kiss was with her. In fact, all of my “firsts” were shared with her. She was barely fourteen and I was sixteen, and I was in love and didn’t even realize it at the time.

Of course, I married her, and we had two kids, boys, and yes, we are still married. Her name is Janis and she was the daughter of Bob and Mickey Cristina who lived on Minor Street.