In this blog I have mentioned Waveland, Mississippi several times. In fact there is a whole category for “Waveland” here. It holds many memories for me and my two sisters as well as our cousins Melanie and Bobby. I stumbled upon this image on FaceBook and it inspired me to write a little about Waveland. 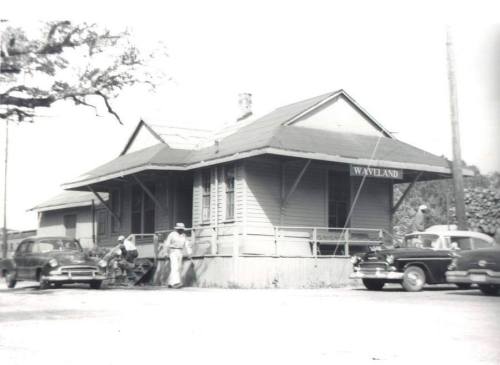 As I mentioned in one of my previous blog posts on Waveland, we had a house there on the north side of the tracks. MB and his friend Pete built it on weekends and summer vacations from material they salvaged from a house they tore down in New Orleans. It wasn’t anything fancy, three bedrooms, one bath and a kitchen/living room combo with a fairly large screened porch on the front. In the summer, I slept out there under the blast of a huge window fan sucking air out of the house and across me in the top bunk of the bunk bed. I LOVED sleeping there. In the winter I moved inside for obvious reasons.

We fished, and crabbed, and swam, and floundered, if you can call it that, and explored the endless woods surrounding the house. It was the greatest place in the world for a boy to grow up. I so miss Waveland. My biggest regret in life is we were never able to afford a place like Waveland to take my boys in the summer.

We kids would sometimes walk into town to do whatever it is we did in the metropolis of Waveland. The route was along the railroad tracks. One time, we took Michael Manard with us, and he was quite young. Why we did this, I don’t recall, but Melanie might, because she tells this story on occasion. But we left Michael hiding the the culvert of the railroad while the rest of us went into town. Very responsible, weren’t we?

The image of the Waveland train station reminded me of a story MB used to tell. Before the war and before he lost his “fortune” in the Depression, Martial, MB’s dad, would lodge his family in Waveland in a rented house along the beach. They would remain there all summer. It was fairly common for New Orleanians in those days, those who could afford it, to move out of the city during the hot summers (no AC back then), and places like Mandeville and Waveland were popular destinations. Waveland was an easy choice because it was so convenient to New Orleans, and I don’t necessarily mean by car; I mean by train.

During those summers, Martial would depart Waveland for New Orleans by train on Monday morning and tend to his businesses in NOLA all week long. He owned eight drug stores in New Orleans back then. On Friday, he would catch the train and get off in Waveland to rejoin his family.

MB would sware they weren’t wealthy, and I am sure, during the Depression when Martial lost most of his holdings, this was true. But before that, they lived a lifestyle that bordered on wealthy, probably upper middle-class when there weren’t a lot of people who could claim such status. 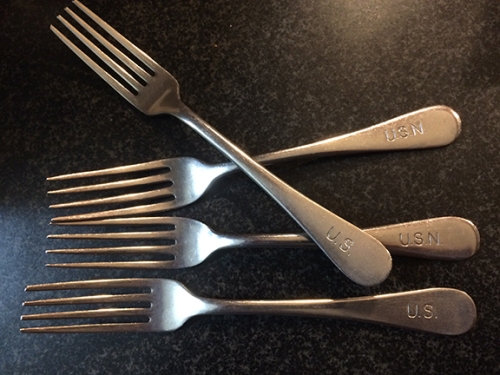 Waveland fell into disuse during the sixties and early seventies. I was either off in college and working out of town during the summers or in the Air Force. My sisters often had other interests, and MB sold Waveland in 1973 or ’74. My sisters and I briefly considered buying it. I was recently discharged and barely making a living, and Jeanne and Martia weren’t any better off financially, so we backed down, and Frank Cavalino bought it. We made one last trip to Waveland to collect our stuff before Frank moved in. I got the stainless dinnerware from there, all war surplus and marked either “U.S.” or “U.S.N.” We use it as our everyday ware today, and every time I sit down to dinner, I am reminded of Waveland. 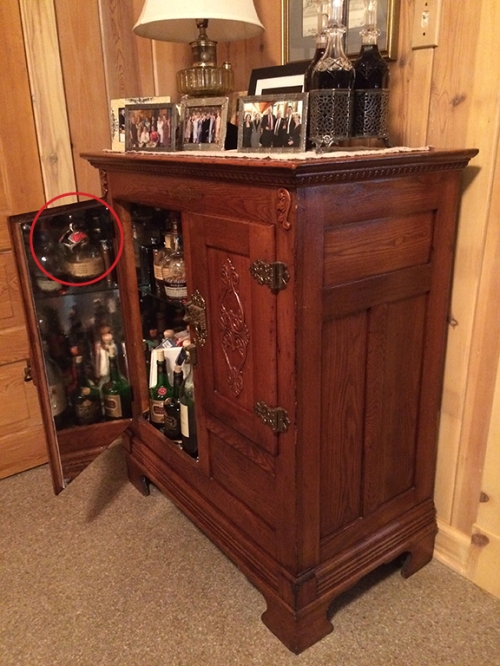 I also got the Coca Cola bottle opener off the wall. (MB was not happy I did that.) I opened many a bottle of “pop rouge,” or Seven-Up, or Nehi Sodas on that opener. It resides on the inside of the door of the antique, oak ice box I converted into a bar, and I think of Waveland every time I open that bar to get something out. 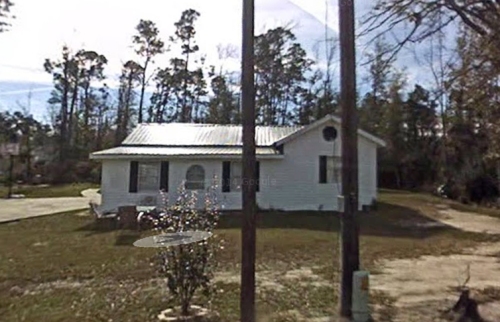 The house is still there, and a neighborhood has grown up around it. I drove past once about ten years ago. The owners have closed in the porch, and all the pine trees are gone, probably taken down by Camille and Katrina, leaving the house looking a bit forlorn. I experienced mixed emotions that day: sad because it isn’t mine or even like it was when it was mine, and happy for the memories it brought back.

One response to “Waveland”