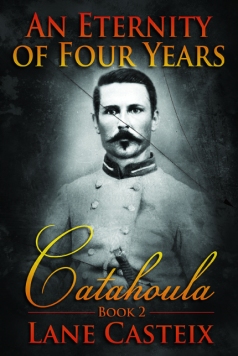 Excerpt from An Eternity of Four Years

In that September of 1862, the giddy victories of the year before had given way to the soul-numbing realities of a brutal and bloody war. Beginning with the Valley Campaign in the early spring and continuing all summer through to Sharpsburg, what had seemed glorious the year before became for all a dreaded experience that promised only more pain, suffering, and death. Those who believed this war would be over quickly came face-to-face with the sobering realization that it would likely go on for a long while and cost many more lives.

Thomas Paine once said of another war, “These are the times that try men’s souls.” When a man’s soul is tested by the worst of what life can throw at him, especially when he looks death in the face, he becomes contemplative of his mortality. Unnoticed by all but a very few, a change was taking place; an “awakening” was slowly spreading over the army. It would begin in the Army of Northern Virginia and eventually spread to all of the armies of the Confederacy. It would profoundly impact the lives of the many soldiers touched by it, and it would eventually be felt elsewhere in the nation long after the war ended.

In An Eternity of Four Years an entire chapter is dedicated to an event that took place in the Army of Northern Virginia during the war. Chapter 16 is titled “The Awakening” and focuses on two points. The first is the spiritual awakening that took place during the war and the beginning of Ethan’s spiritual recovery from his lapses in judgment and bouts of self-pity over losing Rachel.

As the above excerpt from Chapter 16 of An Eternity of Four Years suggests, the “sobering realization” of what the war was about (seeing the elephant), and when men “look death in the face,” they do indeed become “contemplative” of their mortality. Such a man then becomes much more open to the calling of God.

Both sides of the conflict experienced this awakening but in different ways. The North had many Catholics in its ranks and the intensity of the awakening was not as strong as in the southern armies, which had far more evangelical Protestant members. It is estimated that over 100,000 men came to Christ during this period in the South, while some 100,000 to 200,000 did so in the much larger northern army. That represents about 10% of all who served. Most of those new Christians who survived the war went home taking their new faith with them to become active members of local churches and evangelists for Christ. Thus what they experienced during the war was felt long after it by those they touched with the Gospel message.

I have already discussed how Major General Thomas J. (Stonewall) Jackson was a great man of faith. So were many other southern leaders, including General Robert E. Lee. While Lincoln’s government did encourage spiritual matters in the military, even providing for chaplains in each regiment, the southern government was not as supportive until later in the war. People like Lee, Jackson, and Leonidus Polk, the “fighting bishop,” strongly encouraged the regiments to see to the spiritual needs of the soldiers.

Local churches back home were encouraged to send “spiritual men” to act as chaplains in the various regiments. Because of the awakening, there was a serious need for Bibles and New Testaments for the soldiers to read. The South didn’t have the resources to meet these printing needs, and the blockaded ports seriously limited their ability to import religious material from Europe. Local churches and Bible societies attempted to fill the gap and print religious tracts, especially those giving the Gospel. Even some northern Bible societies sent tracts south.

Chaplains and men referred to as “colporters”* would pass out what Bibles and tracts they could get, but they never had enough to meet the need. When the colporter showed up in camp, they would be swamped by the men clamoring for tracts. A simple tract on the Gospel would be cherished by the man who had it as if it were the most expensive Bible with gilded pages, reading it over and over until he memorized it. 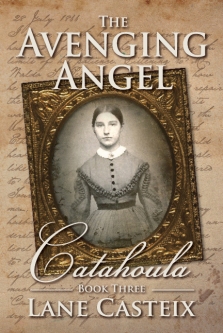 In The Avenging Angel, I introduced a new character who helps Ethan in his efforts against the Klan. He is known only as “Brother Samuel.” He was in the army with Ethan and seriously wounded at First Manassas. After that Brother Samuel became a colporter with the various regiments from Louisiana. He not only supplies Ethan with information he needs in his role as The Avenging Angel, but he also acts as Ethan’s spiritual conscience, sometimes gently chastising him for what he is doing—taking revenge on the murderers of his friends.

God often uses terrible human events to further the Gospel message and call people to Christ. The American Civil War was one such time when He spoke to men through their suffering. If only we would listen more.

*Also rendered colporteur from the French for a peddler of books, usually religious material such as Bibles and religious tracts.