Dispatches From The Front #4 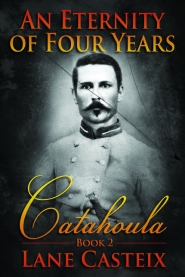 General Lee has daringly invaded Maryland and thrown the Yankee strategy in disarray. After briefly using South Mountain as a barrier, Lee pulled back to Sharpsburg and assumed strong defensive positions along Antietam Creek.

Jackson’s Corps arrived during the night from his capture of Harper’s Ferry, securing a safe supply route for Lee, and was assigned positions on the Confederate left.

It rained last night and into the predawn hours, with the dawn breaking foggy and damp. By 5:30 AM both sides were exchanging volleys of musket and cannon, mostly on the Confederate left. The center of attention soon became a 20-acre field of corn standing tall and ready for harvest, but the harvest this day would not be of corn—but rather of men. Soon it would simply be known as “The Cornfield,” and anyone who had been there would know immediately the meaning behind the name.

The cannonading was so heavy that at times it seemed almost as one long roll of thunder, a noise straight from Hades sure to shake even the most stouthearted veteran present.

The Confederate brigades of Tremble and Douglass occupied the Cornfield. Union General Hooker noticed Confederate polished rifle barrels and bayonets glistening among the corn stalks and brought forward four batteries or artillery to deal with the threat. With canister shot, they mowed down corn and men alike, the men falling among the corn as if still in their ranks.

Jackson sent the Tigers of Hays’ 1st Louisiana Brigade into the fight to hold the faltering Confederate line. They charged through the Cornfield and pushed the Yankees out. Standing on open ground, they withstood withering musket and canon fire. The dead and wounded mounting, the Tigers were forced to retire with Walker’s Texas Brigade rushing past to assume their vacated positions.

Soon both brigades were forced to retire to Dunker Church, where they withstood further attacks by the Yankees throwing more brigades into the fight. Hays had lost over 60% of his Tigers, and every staff officer and regimental officer had been shot.

To the west, Stark’s 2nd Louisiana exchanged deadly fire over a chest high rail fence until forced to retire with heavy loses. In less than one hour, both brigades of The Louisiana Tigers were rendered hors de combat and were out of the fight.

The fighting followed to the south centered mainly on the Sunken Road, where Confederate casualties were such that they were stacked as many as three deep in the roadbed.

As the day closed, Lee withdrew and licked his wounds. The battle was, at best, a draw, but could have been a decisive Northern victory had the cautious McClellan used the several divisions he held in reserve.

With total casualties well over 23,000, this day will go down as the bloodiest single day of the war thus far.

Excerpt From An Eternity of Four Years, Chapter 15 – The Bloodiest Day

The 550 screaming Tigers of the 1st Louisiana crossed those 300 yards under murderous artillery fire that cut our fellows down. In spite our losses, we plunged headlong into the Cornfield and collided with the Federals in a bloody melee of musketry, bayonets and clubbed muskets that eventually drove the Yankees back. The 12th Massachusetts received most of the attack.

I caught a glimpse of Jean leading his company and Sean right behind him as they ran, fired, reloaded and fired again. The Yankees were resisting stubbornly and falling back slowly.

We advanced to within 250 yards of the Federal line in the East Woods and faltered against stiffened resistance. Trapped out in the open fields, we were hammered by artillery and musket fire. The dead and wounded fell in staggering numbers.

We did Sharpsburg today (Antietam if you are a Yankee) and Gettysburg in the late afternoon. We managed to get in some of the stuff at the Gettysburg Visitor’s Center after we arrived.

While Sharpsburg was the single bloodiest day of the Civil War at over 23,000 casualties (dead, wounded, and missing), Gettysburg, lasting three days, was the bloodiest battle at over 51,000 casualties. Those are truly staggering numbers. One thing is becoming abundantly clear from visiting these four battlefields, something that had not hit home quite as hard as it has on this trip, and that is this war was a human meat grinder, chewing men up and spitting them out. Read what is written on the two plaques below to get a picture of how bad it was.

The Louisiana Brigade and the Cornfield

The Texans that replaced the 1st Louisiana came off even worse.

It begins to hit home reading the accounts of the 1st Louisiana Brigade in the infamous Cornfield and those of the Texas brigade that relieved them. It was said the corn stalks, cut as if by a knife, dripped blood, a harvest of corn and men.

I have included images of the famous “Dunker Church” that some spell as “Dunkard Church”, both inside and outside. It was where several of the brigades withdrawing from the Cornfield went to attempt to recover. It is not far from the Cornfield only a few hundred yards. The fighting followed the shattered brigades right to the church. 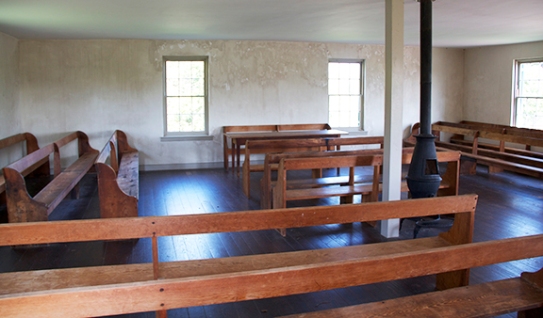 Inside Dunker Church. The pastor would have stood between the two windows to teach God’s Word.

I have also included an image from the famous Sunken Road, where Confederates took positions in this trench-like sunken road. They held off determined attacks until the Federals brought up artillery and managed to fire deadly canister shot down the road, mowing them down.

The carnage that was Sharpsburg is just unimaginable.

Report on Gettysburg tomorrow. I am sunburned and exhausted. Janis forgot the sunscreen. I have a complete drug store in my bag but NO sunscreen.

The countryside driving up from Sharpsburg to Gettysburg was beautiful. Road was too twistie to stop and take pics. We managed not to get lost today. Used the iPhones and Google maps.

I am done for today…